Kuidaore is a phrase in Japanese that is typically applied to Osaka, and the famous Dotonbori stretch. If you are not familiar with the Dotonbori area, it is a street/canal which some really interesting history (the project began all the way back in 1612!) and is known for being a food mecca. There are 90 Michelin starred places in this area alone, not even touching on all the street eats, gastropubs (izakaya), and everything in between.  In Osaka, kuidaore means “to ruin oneself by extravagance in food”. This is not the same as “to eat into you drop”. It literally means to go bankrupt over food.

Well, Jay and I have no intention of doing that, but we do plan to come close. Food – Japanese food in particular – is a passion for us. I once only cooked Japanese food for us one month, to better try out a variety of dishes. Fun fact: Before Jay met me, he used to be a somewhat picky eater! It’s crazy how much his tastes have changes since we met and I encouraged him to try new things. His favourite Japanese food would be takoyaki (fried octopus balls), but who knows if that will change after this trip! Mine would probably be….ramen. It’s a feel-good. Hot soup, good meat, firm noodles…….

Narrowing down where we want to eat is especially hard when a lot of places in Japan are not just eating locations, but fun experiences. As such, this list is by NO MEANS complete and will be updated as we go along. We will have to cut in some places, or maybe we will discover places we didn’t yet know we HAD to go to. I am also going to be including some videos with this so you can see these places for yourself!

Here is a list of some of the places we currently plan to eat:

Just a quick note about many of the below “theme” cafes we plan to visit: a lot of themed cafes are known for having either so-so or fairly standard food, ie. nothing to brag home about. However, that is not always the case. We tried to chose locations where we are not just interested in the experience, but heard it has decent food as well. For example, we KNOW the Pokemon cafe is good food, but not great. However, that won’t stop me from ordering a latte in a Eevee mug that I get to take home and eating a Lapras cookie parfait.

In simplest terms, Swallowtail is a butler cafe where patrons are waited on by Victorian style butlers with an attention to detail. The set up is classy, and I have heard their food is actually delicious. I know their tea is wonderful, as I gave money to a friend to pick some up following her own Japan trip (thanks, Becca). It’s…somewhat hard to describe, so why don’t I just show you?

On the other end of the spectrum, we have maid cafes. Now, there is one that is known for being more Victorian, proper, and essentially the female version of Swallowtail. All the others though are much more…colorful, loud, and moe (cutesy and heart pumping, shall we say).

@Home is probably the most well known and over-the-top, which is just what we are looking for. I want to order cutesy omelette rice (omurice) and have the maids write on it with ketchup. I…this is really hard to explain if you aren’t already aware of what a maid cafe in Japan is, so here is the link to their website.

This one is MUCH easier to explain without a video! Pokemon Cafe serves food themed after the game/show, as well as sells merchandise. It is located just off of the newest Pokemon Center DX, which looks huge and luxurious. I already know Jay and I are going to blow through a chunk of change here, especially as they sell limited-edition items and goods that are locally made. 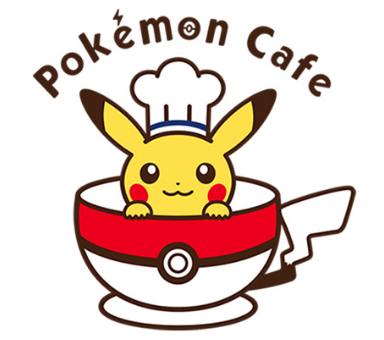 Getting tickets to this one is by advanced registration/lottery as they have a limited amount of reservations they do a day, so we may not get to go. However, this was a location Jay said he was interested in as a long time fan of the Final Fantasy franchise. Again, like the Polar Bear Cafe, this one is themed after a series and sells both food and merchandise in its likeness.

This is probably the cafe I am most excited about as we have a company in Japan that is going to try and pre-order us tickets to one of their special menu sets. This is a gothic, vampire-themed restaurant with a dark candlelit setting. The decor is blacks, reds, velvets, and lace. The menu names have me seriously dying with laughter in how over the top they are. The food is…Italian/French inspired? Well, it actually is supposed to taste pretty good!

But seriously, these names, you guys –

The one thing Pablo’s is known for in Japan is their cheese tarts. We first saw these bad boys on Buzzfeed’s Worth It and knew we had to one day have them. Adam (the cameraman) describes it as the “the raw cookie dough of cheesecake”. If that’s not a ringing endorsement, I don’t know what is.

Do you all remember when cronuts became the rage and people lined up in New York to try one? What about when there was an image floating around of a watermelon slice carved out with watermelon sorbet inside and chocolate seeds? No? Then what about when cookie shot glasses filled with milk first became popular? Don’t forget about the hot chocolate with the flower marshmallow that blooms!

We can give our thanks for all those creations and more to the Ansel Dominique Bakery….and there are TWO in Tokyo. Pinch me, I’m dreaming. I may literally cry in joy when trying to order. Who can say~

We will mostly be eating at the Ginza location, I think, as it has some wonderful creations you can’t get anywhere else there. However, you can order a picnic basket from the one in Omotesando (area of Shibuya) and I think that would be a nice thing to do one day and go eat in a park. You can also only get the Frozen S’more at the Shibuya location, so we may do both.

Taiyaki, or as Ally has dubbed them “fish donuts”, are one of my favourite Japanese snacks. Taiyaki are fish shaped snacks that have a texture between….a pancake and a waffle? It is usually stuffed with red beans, but sometimes you can get it with other things in it. Taiyaki Wakaba is the oldest, established in 1895 and still runs today. They must be doing SOMETHING right.

While we have tons of ramen we plan to eat (and eat), there is only one place that is currently on our “must-visit” list.

Tsuta was awarded the first Michelin star for a ramen restaurant ever, with it’s signature truffle oil-blended shoyu. Dining times are given out by lottery on a first come-first serve basis, so we will probably be swinging by here at 7-8am in the morning to see if we can get a ticket for a later lunch time.

This is a ramen place I would LOVE to eat at. It’s supposed to be among the best of the best. Their are known for their tonkoku ramen, which is rich and creamy. HOWEVER….the lines here are crazy long. Like, hours long. Considering ramen should be consumed completely under 10-15 minutes, that’s…a lot of people. We really don’t have that much time to waste not doing anything. If we go by and the line isn’t too bad, we will have to stop in. It’s very close to our AirBnB.

This is supposed to be one of the best places to go. It proclaims itself  “No. 1 conveyor belt sushi restaurant in Japan”…and people seem to agree. There is usually has a bit of a wait if you go during peak hours, and I have only seen good reviews. We figured this would be a great way for us to try all sorts of sushi (real, FRESH sushi) to discover what we love to eat.

Below is a link. If you want to see the menu, click on the words to the side that has the following katakana on it メニユー .

We are not sure WHERE yet, but we do plan to have breakfast one day in the Tsukiji market. This will depend heavily on what kind of tour we end up booking here, and if it includes our meal with the early morning tour.

Other places/things I’d like to eat but haven’t 100% decided on a location:

*-ya ending in Japanese indicates a store that is dedicated to making that specific item. We are going to a few gastropubs as part of our pre-booked tours already, but there are a few items I would like to get from a specialty store.

We are going to be there partially in October, which means – limited edition, seasonal items. We will probably be suckered into buying things for the sake of the seasonal nature. We are well aware of this. So, to commemorate our weak wills, here’s a video from Simon & Martina trying some unusual items that are being showcased in October.